Helen M. Pugsley comes from a small town of 20 in eastern Wyoming, but currently resides in Laramie. She has been writing since she was a teenager, and has published three novels titled War and Chess, Tales from the Gishlan Wood, and The Tooth Fairy. When she’s not writing she wonders around aimlessly on the search for fruit.

Helen M. Pugsley currently brags three published books, but has more patiently waiting in a trunk she uses as a coffee table. Most recently she was given the Wyoming Arts Council Professional Development Grant/Career Advancement Grant so that she could host book signings at Wyoming libraries, and get people back in the doors after Covid-19, and did so in 2022. She was selected for the Wyopoets scholarship in 2021, had her six word story, “I wanted to be a novelist” published in Midway Journal’s July 2020 issue. In 2019, she had a poem called, “Constellation” published in Madness Muse Press’ Magazine, Environmental Issue. She has been able to write a monthly blog post on writing for her blog, as well as enjoying a small following on Wattpad, YourQuote and Miriquill. She has had the privilege to write devotionals for American Baptist Churches of the Rocky Mountains newsletter, had work featured in Wyoming Writers’ newsletter, and WyoPoets’ newsletter. Her haiku ‘Where Do You See Yourself in Five Years’ was published in Teen Ink Magazine’s April 2015, issue. In 2013, she won Honorable Mention for her flash fiction story in Scholastics Art and Writing Awards, and again won Honorable Mention in the Scholastics contest in 2014, for her poetry. In 2012, she won honorable mention in the Famous Poets annual contest, had an article about her summer camp experiences published in the camp’s newsletter. Helen M. Pugsley also holds second and third place awards in Wyoming Young Authors from grade school.

Helen forgot how to travel but she’s excited to shake off the dust after the pandemic. She’s been able to hold a grand total of eighteen book signings to promote her books. She has been all over North America, just for fun. One of her proudest accomplishments is walking into Mexico alone. So far she has only crossed one ocean (on her way to Hawaii) but she hopes to change that with a flight to Europe. 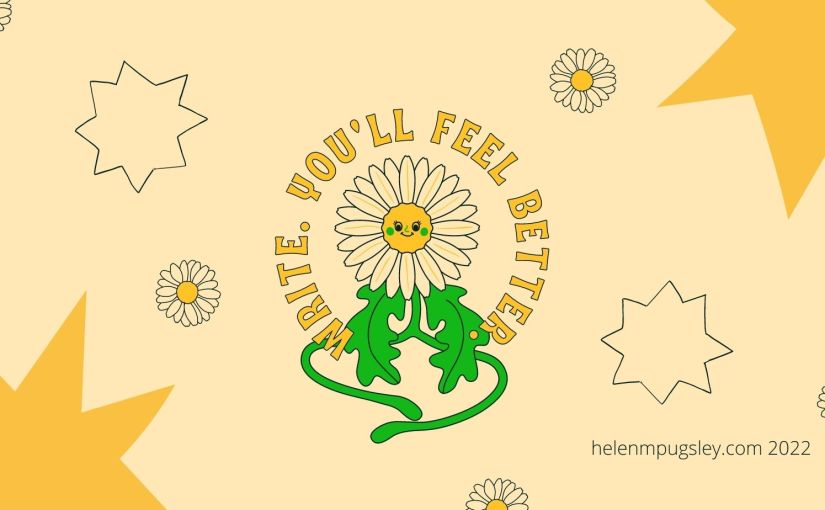 I have been in the midst of a weird dry spell, and I don’t know how long it’s been, but it’s not quite letting up. I call it “writer’s block”, but instead of not knowing where to take whatever story I’m working on next, I just don’t have the motivation to write. And that’s scary. I can’t remember feeling this way, ever.

It’s complete apathy! I’ve been writing since I was four. I don’t not write. I remember hearing about girls who the Taliban would kidnap and torment because they were literate, as a kid. I wrote for them too, because they couldn’t. I started collecting old books–each over 100 years old, as a teenager, and I remember how angry I felt when I realize how few were A) Written by women, and B) Written by women under a masculine pen name. I wrote for them too because they couldn’t get published. I chose to be “Helen M. Pugsley” because I was going to use a feminine name, by thunder! Now I’ve lost my Your Quote streak, I’ve got a pile of sticky notes holding ideas for future blog posts under the calculator on my desk, I’ve got submission calls rotting away in my inbox, and a notebook full of loosey goosey poetry, because I don’t feel like doing anything but
Calling
This
Steam of
Consciousness
Poetry.

And you know what else? I tried writing the next book of the Gishlan series one day in The Night Heron but I completely forgot I write in first person POV, and wrote the first pages in third person, omnipotent! I was so ticked off! However, even when you feel like me, you gotta keep going.

I read a decent bit of advice on Instagram, about writing. “If you don’t use a facet for a while it’s going to spit out a bit of muck when you first turn it on.” I’ve stayed in so many out-of-the-way places I now have this quirky habit of letting a facet run for a minutes before I use it in a new place! As far as I can tell, the person who said that is completely right.

Bruh, make yourself write. Write absolute crap! Write some silly fan fic about your OC and Captain Jack Sparrow smooching on the back of a whale! Throw it up on Wattpad so people can laugh with you!

Write because you can’t make yourself care about writing anymore! Write Tik Tok scripts because you’re camera shy! Add adjectives to your grocery list because you can! Write the first pages of your friend’s thesis and then email it to them to make them mad! (Hehehe, I don’t recommend that, actually.) Write from the weird prompt book someone gave you for Christmas 20 years ago! Just write! Shake the dust off!

And I think I can promise you, once you do you’ll feel a lot better than apathetic. You’ll have that bliss that comes with making something, even if it is an ugly bastard. You literally don’t have to show it to anyone. Chill. Write, simply because you can! Make some weird crap because no one can stop you. And just think of how proud your ancestors who never learned to write, because they were farmers and they didn’t need to, would be of you! Write because the cat keeps yelling at you to take him for a walk, but fuzz butt doesn’t run your life! He can wait! (Seriously, he wants to go get the mail with me and I am in my pajamas.) Write because you are an unstoppable force of sheer chaos and nobody owns you! Just write, and make yourself feel better.

Would you like to give me false hope of making a profit from writing? Visit my Patreon! (Following is free 🙂 )