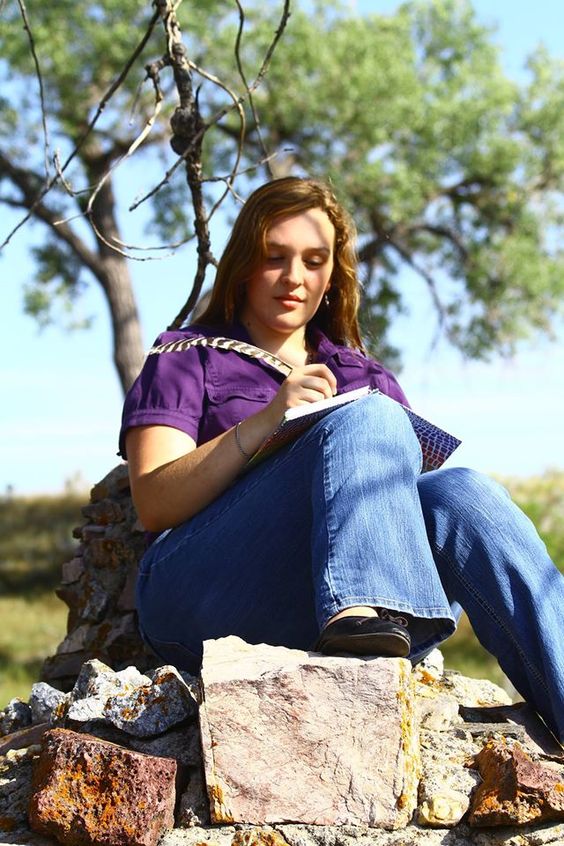 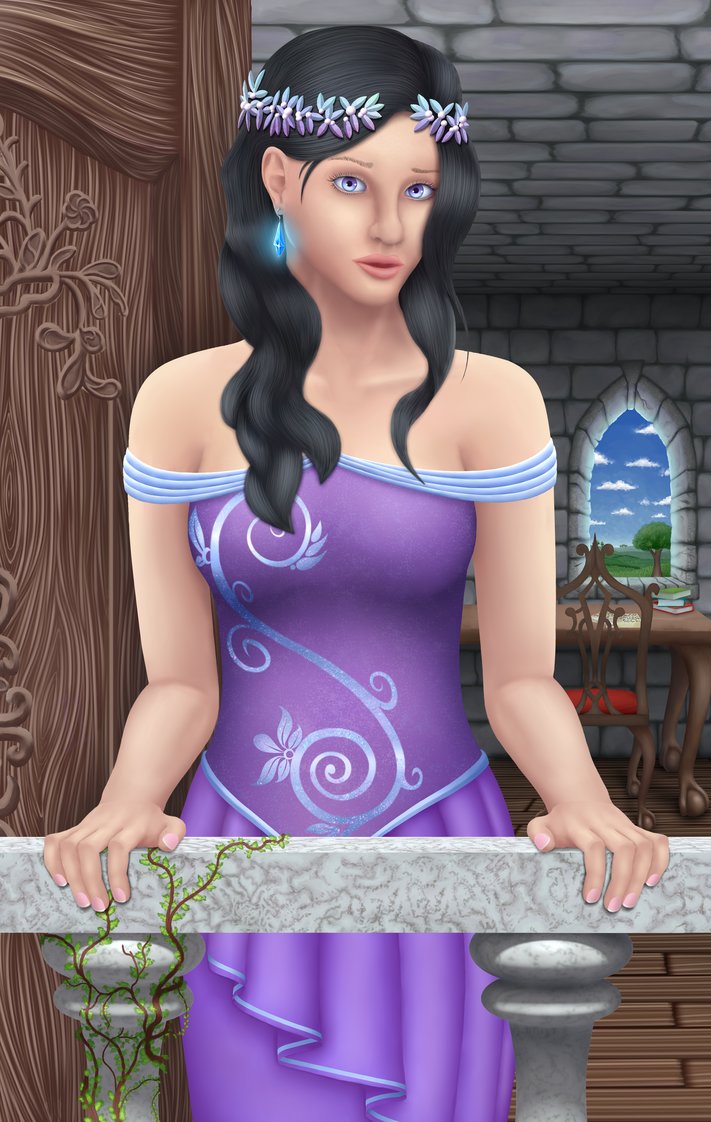 Helen M. Pugsley comes from a small town of 20 in eastern Wyoming, but currently resides in Laramie. She has been writing since she was a teenager, and has published three novels titled War and Chess, Tales from the Gishlan Wood, and The Tooth Fairy. When she’s not writing she wonders around aimlessly on the search for fruit.

Helen M. Pugsley currently brags three published books, but has more patiently waiting in a trunk she uses as a coffee table. Most recently she was given the Wyoming Arts Council Professional Development Grant/Career Advancement Grant so that she could host book signings at Wyoming libraries, and get people back in the doors after Covid-19, and did so in 2022. She was selected for the Wyopoets scholarship in 2021, had her six word story, “I wanted to be a novelist” published in Midway Journal’s July 2020 issue. In 2019, she had a poem called, “Constellation” published in Madness Muse Press’ Magazine, Environmental Issue. She has been able to write a monthly blog post on writing for her blog, as well as enjoying a small following on Wattpad, YourQuote and Miriquill. She has had the privilege to write devotionals for American Baptist Churches of the Rocky Mountains newsletter, had work featured in Wyoming Writers’ newsletter, and WyoPoets’ newsletter. Her haiku ‘Where Do You See Yourself in Five Years’ was published in Teen Ink Magazine’s April 2015, issue. In 2013, she won Honorable Mention for her flash fiction story in Scholastics Art and Writing Awards, and again won Honorable Mention in the Scholastics contest in 2014, for her poetry. In 2012, she won honorable mention in the Famous Poets annual contest, had an article about her summer camp experiences published in the camp’s newsletter. Helen M. Pugsley also holds second and third place awards in Wyoming Young Authors from grade school.

Helen forgot how to travel but she’s excited to shake off the dust after the pandemic. She’s been able to hold a grand total of eighteen book signings to promote her books. She has been all over North America, just for fun. One of her proudest accomplishments is walking into Mexico alone. So far she has only crossed one ocean (on her way to Hawaii) but she hopes to change that with a flight to Europe.

I wrote the original draft of this post after witnessing a “dumpster fire” in an online writing forum. There was a woman who chose to use lots of contractions and “eye’m” instead of “I’m”. Many of the forums members decided to attack the woman and her stylistic choice. It angered me so I made this. I’ve decided to make it a bonus piece this month rather than make it its own scheduled post.

Straight up, ya’ll need to stop making fun of people who talk English different from you. It’s very rude.

I been to at least 30 states in this country. In total, there’s 50. Cross the ocean there’s more people who speak English but they do it all funny so it’s confusing and terrifying. On the other side of the world, in Australia, they talk English too! In fact, most of my friends in India and I communicate in English together. Same with my friends in Mexico! Most folks across the world talk English as a second language. And you know what? We all do it a little different.

As for me, I have two voices. The informal I also lovingly refer to as “fluent redneck”, which I speak to my family, and all animals and toddlers. (Whoops) Then I have the formal which I use on strangers unless they’re from the same region as me, work, and in writing. The first paragraph, I did my best to write redneck.

As writers we love to knit pick at each other. Grammar, spelling, sentence structure, we tear each other down and call it “helping”. Really, we all know that folks who do that just want to feel better about themselves by making others feel bad. It’s disgusting.

“But Helen! What if they haven’t had all the educational opportunities that I’ve had?” Well, if you’re mean to people that have had fewer opportunities than you then you’re a double-dutch ding dong! Most education costs money, which is part of the reason I’m on here writing this blog. So at the very least you if you have internet you can have someone bully you into making your dreams come true! The other part is, I like the sound of my own voice. But yes, some folks will have bad spelling, grammar, flow, etc. because they haven’t had the opportunities you’ve had. Again. Get over it. If they want your help they will ask.

What I’m driving at is your way of writing, speaking, thinking, etc. isn’t the end all be all. You need to be respectful. There’s a different ways of speaking English and it changes region to region! There’s a formal voice and an informal voice.  The formal voice expends more energy. No matter which way people choose to communicate with you, you need to be kind and polite. (Unless they just throw a brick at your car and call you a cootie queen. Then by all means, deck ’em.)

Helen M. Pugsley comes from a small town of twenty in eastern Wyoming. They have been passionate about writing since they were small. Helen has been working on The Gishlan Series since they were 14, and 'The Tooth Fairy' was a pleasant side effect of surviving a global pandemic. View all posts by Helen M. Pugsley